This doesn’t fit the alarmist’s narrative 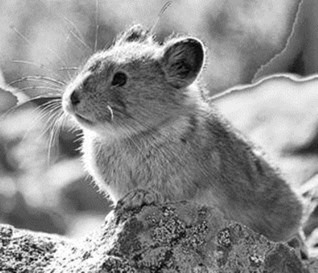 In February 2015, I posted an essay on WUWT about why the pika, a high elevation relative of rabbits, are not endangered by climate change. I highlighted some bad science that has been deceptively used to fear monger about catastrophic global warming, falsely suggesting pika are fleeing upslope to avoid warming, and are being driven off the mountain tops into extinction by rising CO2 concentrations. Based on bad science lawyers from the Center for Biological Diversity have sued California twice and the United States once to list pika as endangered due to climate change.

After that blog post I did receive a few emails from pika experts applauding my analyses. Although they requested to remain anonymous, they advised me that one of the world’s leading pika experts, Dr. Andrew Smith whose work I referenced, would soon be publishing a…

Based on climate models, DMI predicts 7-8C warming during winter and spring in Greenland.

The DMI’s high resolution (25 km) calculations of regional climate change in and around Greenland up to 2080 based on the A1B scenario show a general temperature increase of 7-8°C in winter and spring. This is considerably more than the increase obtained with a coarse-resolution global model.

Actual temperature data from Greenland shows that the models are completely useless. Greenland’s warmest temperatures occurred around 1940, and have been plummeting towards record cold the last five years.

The 1940’s warmth is well established in the historical record.

Scientists in Greenland are currently buried in 10,000 foot deep snow

I lived on the banks of the Brazos River in Richmond, TX during the flood of 1992. The flood was at least as bad as the fake “record breaking flood” of 2015

Floods of the Brazos River in Texas.

This is what the Brazos River looked like during the actual record-breaking flood of 1913, which according to NASA was one of the coldest years ever. These climate criminals have absolutely no shame about ramping up the lies and contradicting themselves with every single story they write.

Recent “record breaking” fires are miniscule compared to fires from 190 years ago. The 1825 Miramichi fire in New Brunswick burned 2.5 million acres in nine hours, killing everything in its path.

The long-awaited (and long overdue) PAGES2K synthesis of 57 high-resolution ocean sediment series (OCEAN2K) was published a couple of weeks ago (see herehere). Co-author Michael Evans’ announcement made the results sound like the latest and perhaps most dramatic Hockey Stick yet:

Today, the Earth is warming about 20 times faster than it cooled during the past 1,800 years,” said Michael Evans, second author of the study and an associate professor in the University of Maryland’s Department of Geology and Earth System Science Interdisciplinary Center (ESSIC). “This study truly highlights the profound effects we are having on our climate today.”

A couple of news outlets announced its release with headlines like “1,800 years of global ocean cooling halted by global warming”, but the the event passed unnoticed at realclimate and the newest “Hockey Stick” was somehow omitted from David Appell’s list of bladed objects.