Never forget. Clinton and Sanders are no different.

By Floyd and Mary Beth Brown 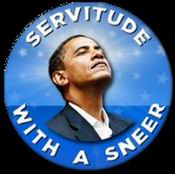 A recent analysis by Roger Simon of PJTV Media maintains that Obama is showing signs of mental illness. A wide variety of commentators have observed that Obama displays severe narcissism. Obama is conceited, and he is demonstrating a serious disassociation from reality.

A recent case in point was Obama’s bizarre and meandering 17-minute, 2,500-word answer to the simple question about how he could justify raising taxes for ObamaCare during a recession when citizens are already overtaxed. Obama’s wildly inappropriate answer left the audience stunned and led commentator Charles Krauthammer to mockingly say, “I don’t know why you are so surprised. It’s only nine times the length of the Gettysburg address, and after all Lincoln was answering an easier question, the higher purpose of the union and the soldiers who fell in battle.”

This lapse of delusion occurred in front…