News of the day claims the world is shifting off fossil fuels and Canada is being left behind. Nothing could be further from the truth. Energy economist Robert Lyman deconstructs the extreme costs and challenges of attempting to actualize the so-called “WWS – Wind Water Sunlight – vision of renewable energy.  Renewable NOT doable.

Contributed by Robert Lyman @ May 2016

Humanity is owed a serious investigation of how we have gone so far with the decarbonization project without a serious challenge in terms of engineering reality.

A number of environmental groups in Canada and other countries have recently endorsed the “100% Clean and Renewable Wind, Water and Sunlight (WWS)” vision articulated in reports written by Mark Jacobson, Mark Delucci and others. This vision seeks… 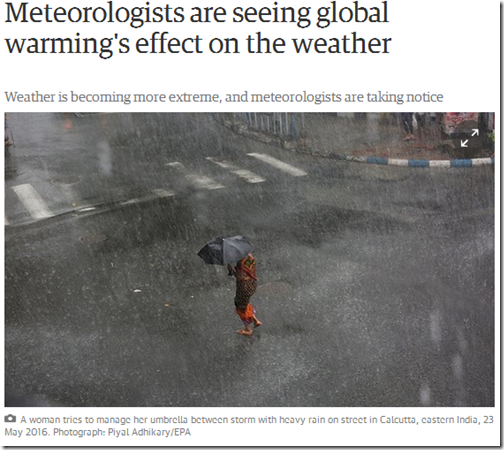 I return to that piece in the Guardian last week, in which US meteorologist claims that he can see global warming’s effect on weather.

It is sometimes useful to look at things at the local level. Douglas, who lives in Minneapolis, claims that rainfall rates are increasing there and that flooding is worse.

If we look at the NOAA precipitation chart for Minnesota, we can see rainfall does appear to have increased in the last few decades.