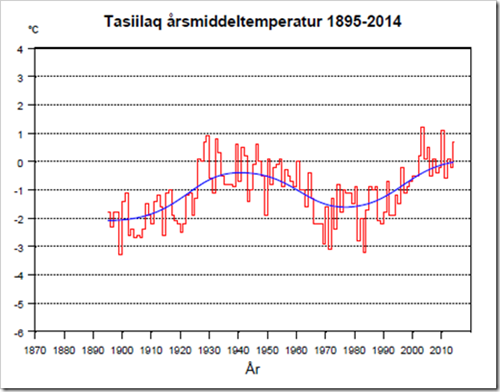 According to the official numbers from DMI, annual temperatures across Greenland were just as high in the 1930s and 40s as they have been in recent years. The only exception was the unusually warm year of 2010.

But what about summertime temperatures? Since that is when most ice melt occurs, this time of year is perhaps the most relevant.

Based on the actual temperature record, (and not the adjusted version), we can see that the pattern is similar to the annual trend for both Nuuk and Angmagssilik, on the west and east coasts respectively.

There is nothing here to suggest that the climate in Greenland in the last century is any more than a reflection of natural cycles such as the AMO.