CANGEA – the Canadian Geothermal Energy Association – has been making a concerted case for the development of Enhanced Geothermal Systems (EGS) in Alberta. They propose to use existing abandoned oil wells and repurpose them for geothermal electricity power production (at low temperatures) and as sites for geothermal heat exchange for local heating – such as building a greenhouse above or adjacent to the well. 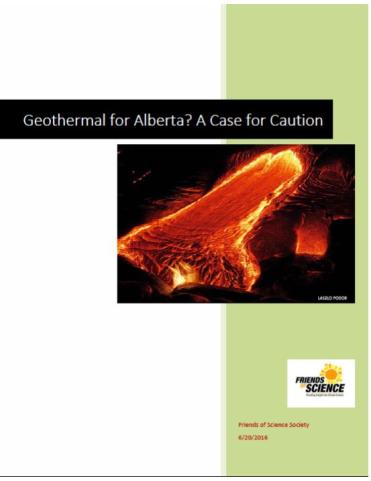