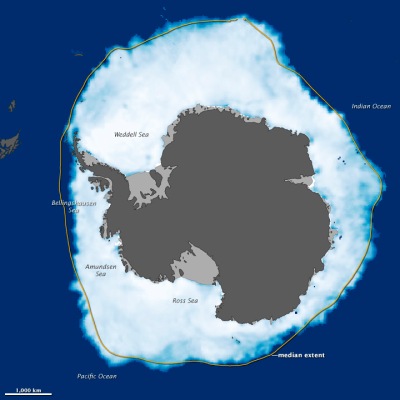 BOULDER — The recent trend of increasing Antarctic sea ice extent — seemingly at odds with climate model projections — can largely be explained by a natural climate fluctuation, according to a new study led by the National Center for Atmospheric Research (NCAR).

The study offers evidence that the negative phase of the Interdecadal Pacific Oscillation (IPO), which is characterized by cooler-than-average sea surface temperatures in the tropical eastern Pacific, has created favorable conditions for additional Antarctic sea ice growth since 2000.

The findings, published in the journal Nature Geoscience, may resolve a longstanding mystery: Why is Antarctic sea ice expanding when climate change is causing the world to warm?

The study’s authors also suggest that sea ice may begin to shrink as the IPO switches to a positive phase.

“The climate we experience during any given decade…