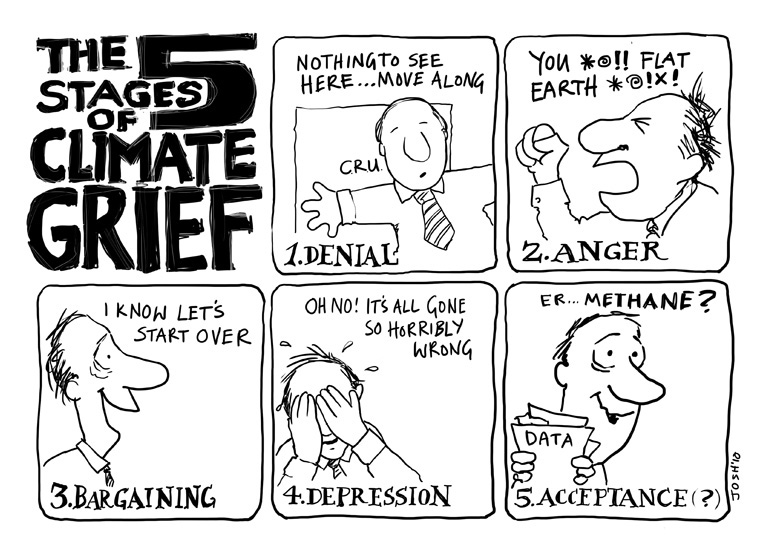 Scientific American thinks we are all so worried about climate change, our minds have snapped – that we’ve all turned to “climate denial” as a coping mechanism.

Are We Feeling Collective Grief Over Climate Change?

The idea is highly controversial, but at least one psychiatrist is convinced that we are, whether we know it or not.

In 1977, I was in middle school in Michigan, and a science teacher shared a tidbit off-curriculum. Some scientists had postulated that as a result of “pollution,” heat-trapping gasses might one day lead to a warming planet. Dubbed “the greenhouse effect,” the image was clear in my 12-year old mind: people enclosed in a glass structure, heating up like tomatoes coaxed to ripen. It was an interesting concept, but something in the very, very distant future.