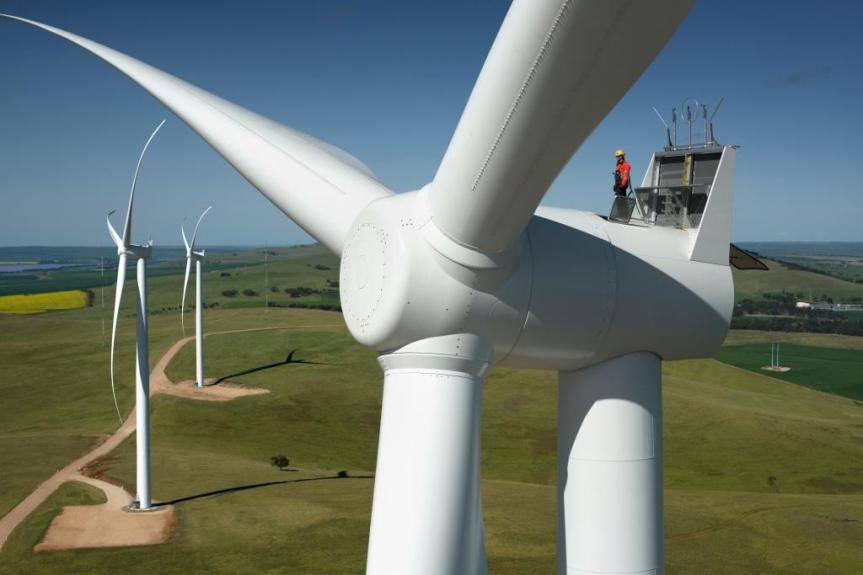 It looks like a natural disaster but brought on by the fragility of the South Australian power system caused by the size of the variations in wind power.

The failure is most likely to have been triggered by the violent fluctuations from the Snowtown wind farms (Figure 1 and 5). Shortly after 3 pm there was a loss of 200MW with a partial recovery some twenty minutes later of 100MW. The total wind farm supply for South Australia also shows these variations (Figure 2).

This would have put a shock to the system for frequency stability at 50 cycles per second. For most of the day the local gas fired generators were only supplying 100 MW (Figure 3) with the balance to match demand with supply coming from Victoria…