From the Department of All Things Ironic… 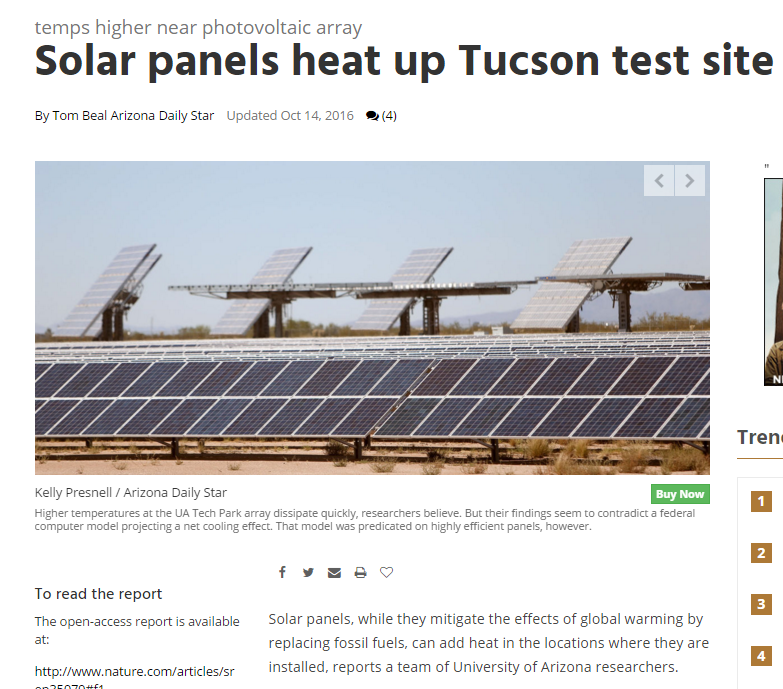 Solar panels, while they mitigate the effects of global warming by replacing fossil fuels, can add heat in the locations where they are installed, reports a team of University of Arizona researchers.

At first blush, the experimental results, published Thursday in Nature Science Reports, seem to contradict computer simulations that said solar photovoltaic arrays, by intercepting some of the sun’s warming rays and converting them into electricity, would have a cooling effect.

The UA researchers measured the heat-island effect of a solar array at the UA Tech Park at Rita Road and Interstate 10. They found that its overnight temperatures were about five to seven degrees (Fahrenheit) warmer than a nearby plot of undisturbed desert.

Additional experiments are being conducted to determine the potential effect of the measured heating on nearby communities and the overall environment.