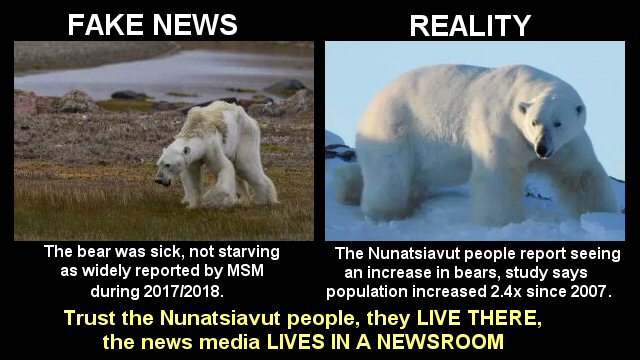 One of the people who oversees an Indigenous hunt of polar bears says the population is doing well, despite heart-wrenching photos online suggesting some bears are starving.

The Inuit set a quota of 12 polar bears this winter. Nunatsiavut wildlife manager Jim Goudie said all 12 were taken within the first seven days of the season.

Goudie said it’s just the latest evidence that polar bears are on the rebound in northern Canada — a trend he said officials have been recording for years.

“There are lots of signs of bears,” he told CBC Radio’s Labrador Morning. “Lots of bears and a continuation of what we’ve seen over the last three or four years.”

The Nunatsiavut hunt takes place over an area stretching from Cape…