California suffers from droughts, but the state’s government is an endless well of bad ideas.

California citizens will be limited to using 55 gallons of water a day now and just 50 per day by 2030. 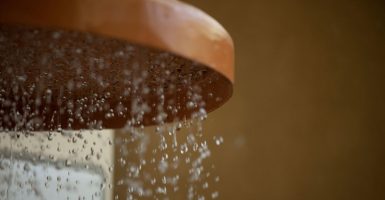 California has turned to water restriction to solve its drought problem. However, this won’t fix the underlying issue of recurring droughts. (Photo: Ingram Publishing/Newscom)

According to the San Jose  Mercury News, the new laws will “require cities, water districts and large agricultural water districts to set strict annual water budgets, face fines of $1,000 per day if they don’t meet them, and $10,000 a day during drought emergencies.”

As some have noted, the restriction could make it difficult for some California citizens to do laundry and take a shower on…