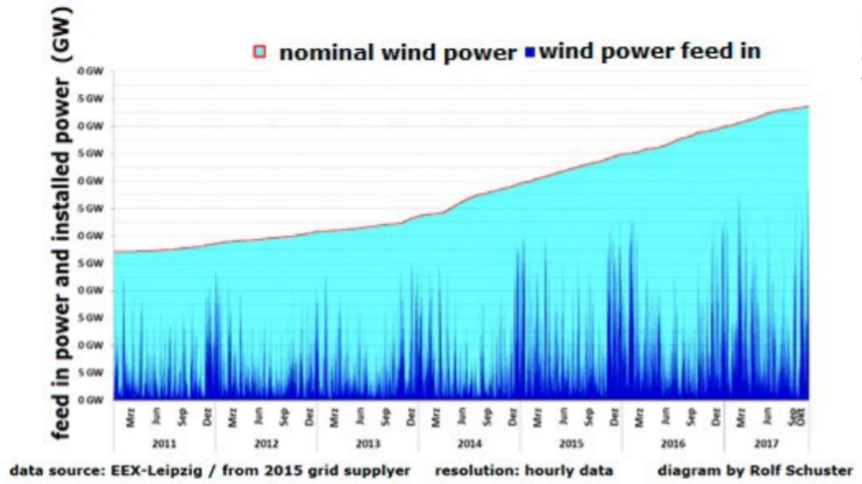 When it comes to actually delivering wind power, the real and the ideal are a gulf apart. In Australia, the average capacity factor (the ratio between actual output and nominal capacity) is just on 28% across the Eastern Grid, where 1,800 turbines with a total capacity of 5,100 MW have been speared across four states.

Actual output depends, of course, on the attitude of the Wind Gods, on any given day. Then there’s mechanical failures, maintenance and downtime, which increases pretty rapidly as these things age.

In Germany, the total number of turbines is pushing 30,000, with a total capacity of 56,000 MW. However, it turns out that those thousands of units are rarely available, at all.

The Truth About Wind Energy: The Readily Available Wind Power Capacity in Germany is Less Than One Percent of…