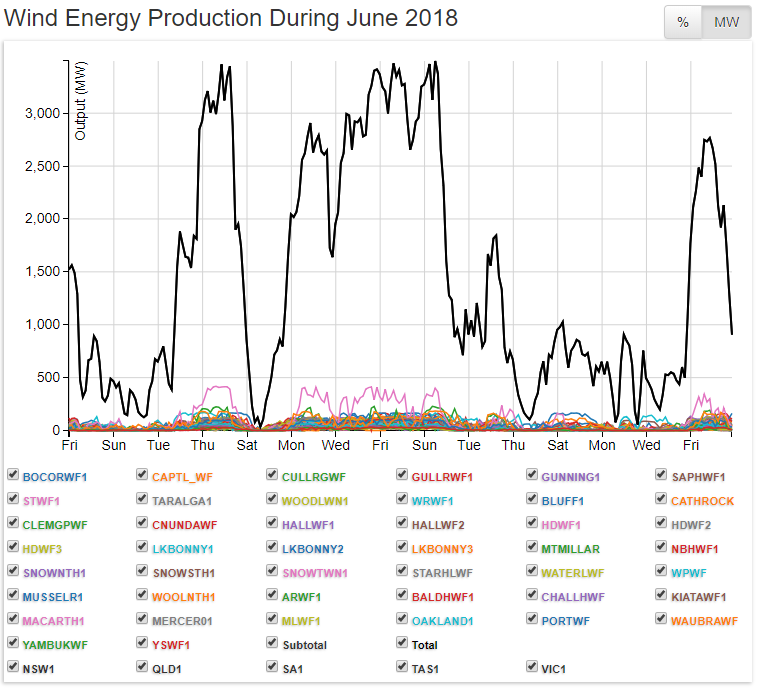 No country has ever powered itself entirely on sunshine and breezes. But that doesn’t deter the delusional from claiming it can be done. With the kind of fanatical zeal that led to virgins being thrown into volcanoes, politicians announce their commitment to an all sun and wind powered future, as if such a thing was a given and unicorns were a real thing.

Ignoring pesky phenomena, such as calm weather and sunset, the latest wheeze is that – when wind power output collapses on a total and totally unpredictable basis (see above the output from every wind turbine connected to Australia’s Eastern Grid in June) and/or the sun goes down and solar output plummets with it – giant batteries will, somehow, save the day.

Attempting to defy the laws of physics, nature and economics, a growing number of American politicians are dragging their states and cities down the rabbit hole.